Bell peppers are one of the most crucial ingredients in billions of people’s diets across the globe. They are well known for their pleasant flavor and are packed with essential nutrients. These include ascorbic acid, flavonoids, carotenoids, tocopherols, and capsaicinoids. Peppers are incredibly scrumptious and can be eaten ripe or raw.

However, many myths about bell peppers have flogged social media, and perhaps they crossed your ears at one point in time. In this article, I will enlighten you on the myths and facts around “male and female” bell peppers.

You might have heard that bell peppers have a gender, and to know the gender, you check the number of lobes at the base of your pepper. Male peppers possess only three lobes or bumps, while female ones have four at their base.

You can tell the “gender” of a bell pepper by counting the number of lobes at the fruit base. Bell peppers with four lobes are then identified as female, and those with three are males.

Fact: The ” male and female bell peppers ” claim is fiction. Claiming that peppers have a gender would imply that fruits sexually reproduce with each other, which is not the case.

However, the gospel truth is that, like all plants of the nightshade family (tomatoes, eggplants, potatoes, etc.), the pepper plant creates “perfect flowers.” These flowers are also called hermaphroditic flowers. This means that they grow from flowers with both male and female parts- a stamen and a pistil.

Peppers each contain ovaries that are capable of producing the seeds inside the peppers. Self fertilization happens, which leads to the production of each pepper. The peppers themselves do not have any sex organs and hence cannot be given a gender. It is the flower, not the fruit, which is the sexual organ in plants.

What does the number of lobes in a bell pepper indicate?

Several factors determine the number of lobes a pepper fruit can have. These factors include :

Bell peppers are genetically diverse. They come in different sizes, shapes, and colors according to their genotype. Genetics has a great bearing on the number of lobes a pepper fruit has.

Fact: You don’t have to go through the trouble of counting the number of lobes a pepper fruit has to get a sweet-tasting pepper. The sweetness of bell peppers has nothing to do with the number of lobes they have. Several factors determine bell peppers taste. These include the pepper plant’s variety, pepper’s ripeness, and nutrition of the soil it was grown on. Weather conditions and the time the pepper is left on the vine also affect pepper fruits’ sweetness.

Studies have shown that peppers grown in a sunnier spot tend to be sweet.

Bell peppers that have aged from green to their mature yellow, orange or red will be sweeter, regardless of having three or four lobes. The statistics below show that the red pepper is the sweetest when compared to green, yellow, or orange.

Some certain bell pepper seed varieties are preferable as they have a sweeter flavor profile than others.

Fact: Sweet varieties of peppers are better eaten raw while bitter ones are best cooked. However, the number of lobes a pepper fruit has is no indicator of its sweetness. Whether to cook or eat bell peppers raw solely depends on bell pepper variety and ripeness.

Red bell peppers are mature peppers that have fully ripened. They contain about eleven times more beta carotene than green bell peppers. They are sweeter and milder as compared to green pepper fruits.

If you like your pepper sweet, cooking, it will just do the magic for you. Cooking pepper fruits makes them very tender and brings out their sweetness.

When it comes to preparing healthy, colorful, and tasty dishes, bell peppers are your perfect choice. Bell peppers are beneficial and can be used as an accompaniment to many foods. These include grilled steak and roast chicken

Bell peppers can be used to top your sandwiches, hot dogs, burgers, and burritos. They are also great for your salads, veggie trays, and stir-fries.

Other factors that determine the taste of pepper fruits

The taste of ripe peppers can be determined by post-harvest storage. Leaving a pepper fruit on the vine until it fully ripens will ensure that your pepper is sweet. Fruits should be allowed to ripen on the plant where there is a lot of sunshine to maximize their sweetness. Fruits harvested unripely and stored until they will be less sweet as compared to those that are harvested ripe.

Some bell pepper varieties are proven to be sweeter than others. Therefore, Growers have to know which types of pepper fruits are sweet and which ones are not.

The number of lobes a pepper fruit has dictates its seediness. Four lobe bell peppers (lady peppers) are believed to have more seeds than their male counterpart.

Fact: Seed production in a bell pepper is not determined by the number of lobes it has. It, however, has more to do with the overall size of the fruit. Unless you slice it open, you can not determine the amount of seeds your bell pepper has. Peppers can be huge with many lobes but with a small amount of seeds. They can also be small in size with a few lobes but with a large number of seeds.

Female peppers are rounder as compared to males. Males are taller and thinner.

Fact: The roundness, thickness, and size of a pepper fruit depends largely on genetics and not the number of lobes at the base of a pepper.

Now you know that there is no such thing as a “male or female bell pepper.” You no longer need to go through the trouble of flipping peppers to check the number of lobes they have. If you are a sweet pepper lover, just grab your ripe pepper, and you won’t regret your choice. Perhaps you love your bell pepper less sweet, green, or white pepper fruits will do you justice. “Bell pepper gender” is just but a myth. 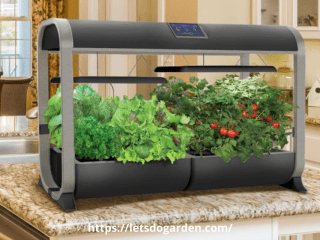 You may have seen the commercials, but what exactly is an Aerogarden? An Aerogarden, also known as a hydroponic garden or aquaponic garden, is an indoor garden which consists of plants in small cubes that grow inside compact pods. It’s called aeroponics and it uses water, light, and air for successful growth. If you’re thinking […]

Aerogardens are air-purifying plants that you can use to remove indoor pollution. Plus, they can be a lot of fun! But how safe is it to grow in an Aerogarden? Follow the link to read more about the safety and risks associated with the greenery inside AeroGarden pots. The Aerogarden is the first step into […] 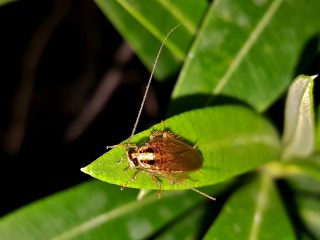 Imagine having your night’s rest cut short by a gruesome thirst or hunger, and you just have to fetch something from your fridge. On switching the kitchen’s lights on, you discover an army of roaches fleeing for cover in every direction. The very thought of having to share your kitchen with this filthy crawlies is […] 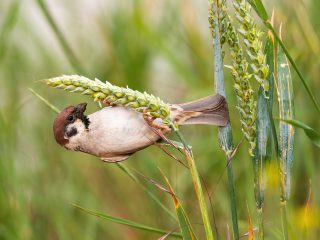 I believe you agree with me that birds are beautiful creatures. The melodious songs they sing are to die for! But if you have newly planted grass seed, birds can be a pain in the neck. Birds, be it sparrows, finches, blackbirds, and starlings, love grass seed and are an obstacle to growing grass seed. […] 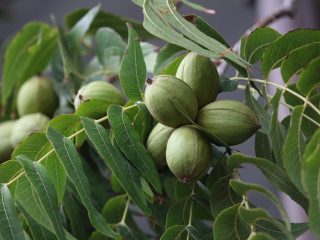 I simply love Pecans! Not only are they are great additive in most of my dishes, but they are also very nutritious and have numerous other uses. The fact that they are not budget-friendly prevented me from using them as much as I would like. This caused me to look up pecan tree identification so […]